The Anycubic Photon Zero is one of the cheapest SLA 3D printers on the market. But with such a low price point, what corners have been cut, and is this a good budget SLA 3D printer? 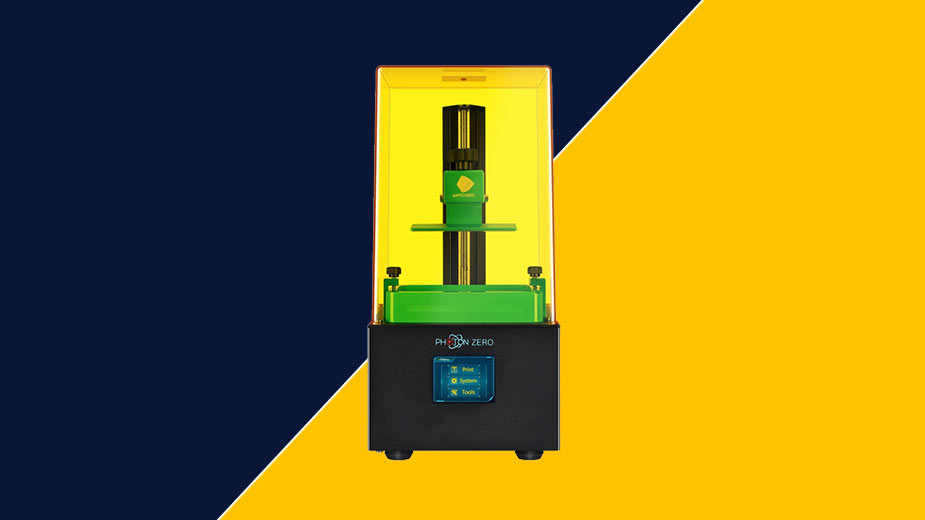 Affiliate Disclaimer: Some of the product links on this page are affiliate links. We may recieve commission if you purchase something after using one of these links, but using these links will never affect the price you pay.
Jump To Section hide
Who are Anycubic and what is the Photon Zero?
The Product Design
Features – What’s New & What’s Been Cut
Using The Anycubic Photon Zero
The Print Quality
Overview

Who are Anycubic and what is the Photon Zero?

Anycubic are a widely recognised and popular Chinese manufacturer of 3D printers. They became widely known for their budget low cost printers including their Mega series. In fact the Mega Zero currently sits as one of our top picks for a budget FDM 3D printer!

They’ve also gone on to pave the way for low cost resin printing with their ever popular Photon range of SLA 3D printers. The original Photon came in as one of the first lower cost consumer resin printers. And since then the Photon range has grown to include a variety of different varients.

After the Photon was released, other printer manufacturers jumped in to the action by offering lower cost alternatives. Anycubic’s response was the impressively cheap Photon Zero.

The Photon Zero comes in at one of the lowest cost resin 3D printers ever, and it maintains a similar feature set to the older, more premium Photon. In this in-depth review I’ll take a look at this low cost model, and see how it competes with other resin 3D printers.

Is it really the best budget resin 3D printer?

The Anycubic Photon Zero looks very smart, and I really like its form factor. It is slimmer than the original Photon, and looks a lot fresher.

Where the Photon is a large, ominous, almost retro looking black box. The Photon Zero is a much more modern, translucent printer that you’d be proud to have sitting on your desk.

On the outside, you get a similar chunky black box base, which houses a familiar LCD touch-screen display. On top of this sits the translucent lid which is tinted with a yellow colour to block the UV rays.

Following on from this sleek new design, you will also find the inputs have been paired down. At the rear you will find a single power output. And on the side you only have a few USB inputs. I like this sleek look, as it adds to the ability for me to have this printer on display, without wrestling with a whole host of ungainly wiring!

If you have ever used an original Photon, you will immediately notice the smaller print bed found in the Photon Zero. Although this sounds small compared to the original model, coming in at 97 x 54 x 150 mm, this print bed is relatively average when compared to its competitors.

It is no doubt smaller than those found in an FDM printer, so may come as a shock if this is your first resin printer. One great feature to this new design is that the Photon Zero comes fully assembled. You can simply take it out of the box and it will be fully plug and play.

I’ve already touched on the fact that the print bed in the Photon Zero is smaller than that found in the more premium Photon. But that’s not all that has changed.

The overall wattage has decreased, and comes in at just 30 watts. This results in less power being sent through its laser, meaning longer curing times. In comparison to a product such as the Phrozon Sonic Mini which is happy being used at 6 seconds per layer. The lower power in the Photon Zero means we had to bump up to around 10 seconds per layer to achieve a similar and reliable result.

More noticeable though, it also results in lower resolution printing. Unfortunately this results in your printed models having visibly lower surface quality than models printed with the original Photon, or other budget resin printers. This is where you’ll really start to realise why this SLA printer can achieve such a low price point.

There are some good additions and upgrades this time around though. With the newly designed lid comes a new safety feature in the form of a lid-removal sensor. This will detect if you knock or intentionally remove the lid and pause your print.

There is also an introduction of millilitre marking on the edges of the resin vat. This helps you manage your resin levels as you go. It may sound like a small addition, but its a nice quality of life improvement that we’re happy to see.

There’s also a new feature of 16x anti-aliasing. This works in a similar way as it does in video games and TV displays. It essentially smooths any jagged areas. The design here is to remove any obvious stepping that might occur.

It attempts this by filling any immediate black and white join with grey. While I found that it does remove the obvious stepping effect, it doesn’t smooth it entirely like it is advertised to do. Instead you will still be able to see the undulations of steps, but they will be visibly smoother at the edges of each step. While not removing the steps completely, it is a small improvement.

SLA 3D printers in general are sometimes looked upon as being more complex to use than their FDM counterparts. I’m happy to report that the overall setup of the Photon Zero is almost as simple as it could possibly be. It fits right in line with other consumer SLA 3D printers in terms of ease of use.

Just like other consumer resin printers, levelling the build plate is simple, and follows the standard set by giants such as Elegoo and Phrozen.

Upon setup, you simply loosen the four screws on the build platform, install and secure it. Then its a simply process of letting it descend with a sheet of paper between the plate itself and the screen, tightening and you’re good to go.

Once you’ve levelled the build platform, you can install the resin vat which is a simple two screw installation. Then pour in your resin and your ready to print.

Moving on from the hardware, we need to talk quickly about the software that you’re required to use with the Photon Zero, the Photon Workshop.

Unfortunately, you’re forced in to use this software, meaning you can’t use other slicing software such as the popular one from ChiTuBox. And this isn’t a good thing. While the Photon Workshop has been improved with new software builds, it can still be a frustrating place to work.

The process of manually adding missed supports is painful, and a common occurrence. As the software itself often misses crucial support generation which would lead for a model to fail. Pair this with the overly clunky interface, and it makes you long for another slicing software.

I’ve touched on this a little in the segments above but when we compare the overall print quality to other popular low-cost resin printers, there is an overall lack in quality. The models are certainly not what I’d consider bad, and are more than passable, however there is a slight lack in precision and detail on the surface when compared side by side.

As mentioned, the anti-aliasing does work to some degree to eliminate any obvious stepping. However it does still require a little post-production to achieve a relatively smooth finish.

As a whole, while the models look good, and are easily more detailed than a traditional FDM 3D printer. They do lack a certain precision that prints from other resin printers have.

The Photon Zero comes in at such an extremely low price for an SLA 3D printer, and after testing it, we can see why. While it was extremely well received when I came to set it up, it does fall down in a few crucial areas. And these crucial areas can and do cause frustration as you use the printer.

Over time, I think these small quirks would lead to me wanting to invest just a little bit more in a slightly more premium resin printer. It is simply let down by a reduction in print quality over its nearest rivals, and a slightly trickier to use slicing software.

Saying that. If this is your first entry into resin 3D printing, then the Anycubic Photon Zero would be a great stepping stone. It looks great sitting on a desk, is extremely easy to setup and very user friendly from a hardware perspective.

For under £200 / $200, the results you can achieve are pretty darn good. And paired with Anycubic’s wash and cure station, you can be well on the way to complete mess-free resin printing.

Anycubic
Buy From 3DJake UK Buy From Amazon US 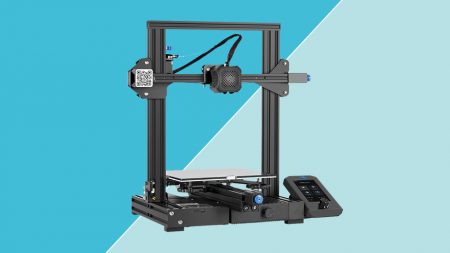 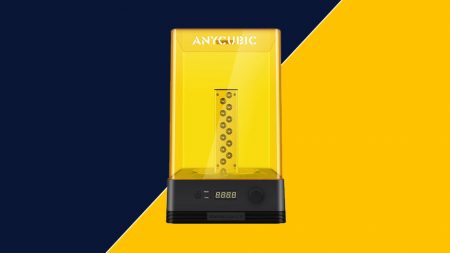 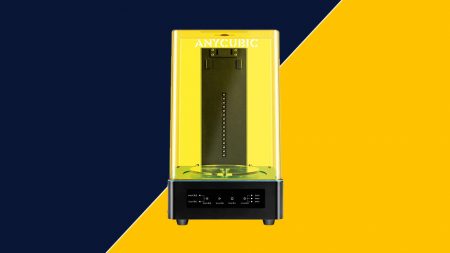