Home » Guides » When Will 3D Printed Houses Be Available To Buy?

When Will 3D Printed Houses Be Available To Buy?

3D printing technology has become hugely widespread in the past decade, becoming a staple in many industries. It brings much low manufacturing costs, faster production and accessibility.

But how is 3D printing being applied to the housing industry? In this guide, I’m going to take a look at the benefits of 3D printing houses. I’ll show you some examples of houses built entirely by 3D printers, and I’ll look to answer the question of when will 3D printed houses be available to buy.

3D printing has been widely implemented in the concepting and manufacturing industry due to a vast reduction in costs compared to traditional methods of concepting. However when it comes to the housing industry, the only 3D printed houses to sell have all been marketed in a similar price bracket to traditional built houses.

But with 3D printing being so much cheaper than traditional manufacturing, why are 3D printed houses not vastly cheaper?

The answer is that over time they probably will be. Currently there is a lot of development happening within the 3D printed construction industry. And with fast development come inflated costs, including costs of research and development, and investment in new technology.

However this only applies to the current crop of 3D printed houses. There is no doubt that over time, the cost of 3D printing a house will reduce considerably. Once the investment in technology and the cost of the extra research and development has been accounted for. Moving forward, the mass rollout of 3D printed houses will result in much cheaper construction. And this should be reflected on to the consumer.

In the long run, as the technology develops, some experts are predicting 3D printed houses to be priced up to 50% of a house built with traditional construction techniques.

How Much Does It Cost For A 3D Printed House?

Looking at the current cost of 3D printed houses in 2021, we have a good case study in the form of the East 17th Street project in Austin, Texas. 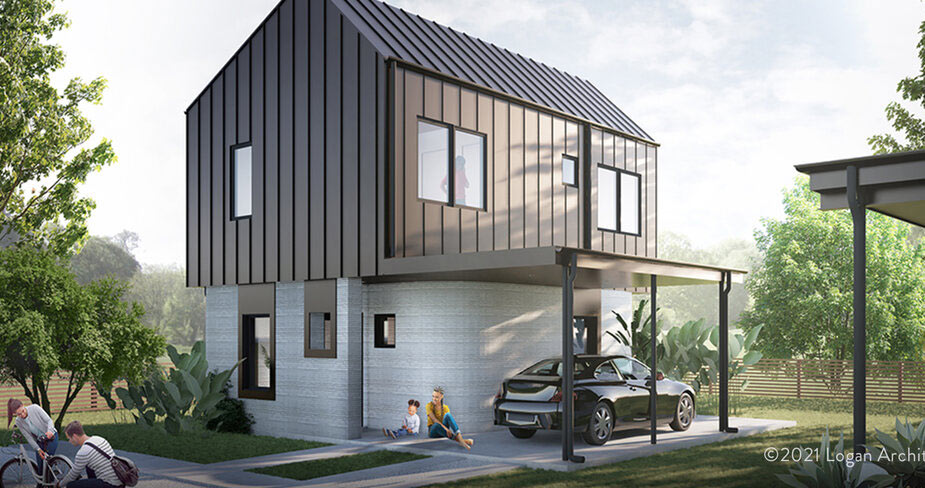 An Austin-based construction company called ICON are in the process of delivering the first of its kind 3D printed houses in the USA. The East 17th Street Residencies development in West Austin consists of 4 houses, 2 x 2 beds, and 2 x 4 beds.

These two floor 3D printed houses are set to be delivered and occupied by Summer 2021, and are setting the buyers back up to $450,000 each. This $450,000 price tag falls in line with the average house price in the area.

Despite this price tag, ICON have claimed that they can print an entire 800-square-foot structure for just $10,000.

The houses for sale in Austin, Texas range from 1,000 and 2,000 square feet. And each house took just five to seven days to print. There is a disclaimer that only the first floor of each property has been 3D printed. The rest of the construction including the top floor and roof is being finished using traditional construction methods.

The material used to print the first floor of each house is a 3D printed cement-like material called Lavacrete. ICON have stated that it is more durable than traditional construction materials.

Moving away from ICON, there is another construction company who also claim to have built the first US 3D printed house. Long Island based company SQ4D have built a single story, 1,407 square foot residence which boasts three bedrooms, and two bathrooms.

Similar to the Austin 3D printed houses, this house makes use of a traditionally constructed roof. With the entirety of the main first floor construction printed in a concrete material using SQ4D’s patented Autonomous Robotic Construction System (ARCS).

The question mark over 3D printed houses has never really been about strength. Rather practicality and regulations. On the strength side, 3D printed construction does have an edge.

Experts have stated that the compressed nature of the 3D printed layers forms a solid material which can be up to three times stronger than traditional construction methods. The Lavacrete material used by Texan company ICON is also deemed to be more durable than traditional methods.

Just like any construction method, there are cons to 3D printed houses. And some of these disadvantages could be what really holds back 3D printing from being more widely used as a solid construction technique.

The main disadvantage could well be the regulations or lack of regulations in regards to 3D printed properties being approved for residential use.

Before being rolled out world wide, there will need to be extensive testing on 3D printed materials, and 3D printed concrete in particular. This will need to come in the form structural strength, durability and safety.

Without 3D printed buildings being deemed safe, it wont be able to pass as a valid construction method. And therefor limits the mass rollout. Large construction firms will be looking at companies such as ICON to see how well their 3D printed homes perform.

Commercial ease of use

When it comes to how well both construction companies and architects will be able to adapt to the different requirements that a 3D printed project brings. We need to look at how well a 3D printer can integrate into the whole process.

There are certainly limitations to where a 3D printer can be setup. How well it performs under certain circumstances. And how much it will affect the tried and tested design and build process.

If it costs too much to retrain, relearn and integrate 3D printing in to the process. It could reduce the amount of construction companies who would be willing to pick up this new technology.

Can You Buy A 3D Printed House Today?

As I’ve touched on above, there are a few 3D printed houses which are available to buy today. Both the developments in Austin, Texas and Riverhead, Long Island have houses available to buy. And these properties resemble other more traditional housing styles.

Outside of the US, there are small developments available in countries such as China, Russia and Mexico. However these smaller developments are selling tiny-houses less than 500 square foot in size.

Companies such as Apis Cor and Winson are using these small homes as a test bed for their in-house 3D printers. With the intention of scaling up to producing full scale housing similar to those built by ICON.

The full scale 3D printed houses that are on offer by ICON are priced in accordance to other housing in the area. Meaning currently these 3D printed houses aren’t offering any real price incentive over traditional construction methods.

So looking into the future, how far off are we from regularly finding 3D printed houses for sale?

With the first full size 3D printed houses already for sale from companies such as ICON and SQ4D, it is only a matter of time before the 3D printed housing market starts to boom. The real decision maker which will set the overall timeline and schedule will be government regulations.

If regulations are in place which don’t deem 3D printed houses safe, or an authorised alternative to traditional construction methods, then the roll out could be hampered. There are a good couple of case studies of houses being 3D printed now as mentioned above, which should start the ball rolling.

Meaning hopefully in the coming 5-10 years we should start to see more 3D printed houses cropping up. And with 3D print times so low, as little as a week to print 1,000 square feet, once this revolution does get the green light, it wont take long for houses to start being constructed. 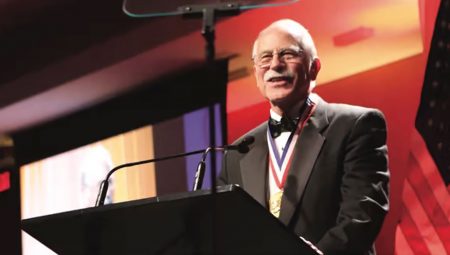